This weekend I worked on a couple of different projects.  I finished up my trial run of Elan #645 which is part of my 2016 Undergarment goals. I also started a muslin for the coat I’m working on but I’ll post more on that once the muslin completed.

How did the Elan Bra go? Well, not quite as smoothly as my Shelley Bra.  As explained below, I’ll get to practice some adjustments for the Elan to be a perfect fit for me. But first let me mention the things I like about my first bra from this pattern.

The black with black & red lace is beautiful and I love how my foam cup worked out.  The tutorial on Cloth Habit explained so clearly how to create and add a foam cup to a pattern. The resulting cup padding was just was just what I was looking for.

The back band as well as the outside edge of the cup is taller than on my Shelley bra which I like.  This was one of the minor things I wanted to modify for my next Shelley.

Overall this bra feels comfortable, although the band is slightly tighter than I like.  I only had a black hook & eye with a single row of eyes.  If I swap this out for a 3 row version it should be perfect on the longest setting until it stretches out a little.

Now for the things I don’t like so much:

First the minor issues.  Though I like that the outer edge of the cup is taller, in the Elan pattern, the inside is also taller.  I’m not a fan of tall center wires since it leads them jabbing into my chest.  It also does not sit right in the middle since my breasts are very close set at that higher point.  This is a common annoyance for me in RTW bras and I look forward to adjusting for this in my handmade bras.  Also, I’d like to move the straps at the back band closer towards my center back.

Next, my biggest issue with this pattern, is it ever pointy!!  I noticed this when first assembling the foam cups but hoped they wouldn’t look that way once on my body.  No such luck…yikes!  Not a great picture, since it’s really difficult to take side views of myself, but you see what I mean.

The third issue is that the cups seemed to push my bust point outwards a bit rather than having them straight ahead.  I can’t manage to get a picture showing this, but when I look down it definitely seems they are pointing slightly east/west.  I prefer they be centered or even a little pushed inwards for cleavage.

The final issue is the slight flat spot at the base of the cup.  This is another issue I’ve had within some RTW bra’s so I think it’s another quirk with my shape.

The pattern instructions for the Elan were decent but not as detailed as the Shelley bra pattern.  I found myself referring back to the Shelley instructions, which are so detailed they even tell you the best stitch lengths and widths to use.  I think bra’s are a very difficult pattern to standardize as there are so many different shapes.  Though this pattern needs several tweeks to fit my particular shape and preferences, it might fit somebody else perfectly on the first try.  So, despite my list of changes, I would recommend this pattern to others.

I do plan to complete a 2nd, adjusted, bra using the Elan pattern since this bra is my February challenge to myself.  The Elan pattern did very briefly mention adjustments but not in enough detail to help with the issues I have.  Despite this, armed with knowledge from the Craftsy Bra-making course I took, I think I know how to adjust for the issues listed above.  I swear Beverly mentions every conceivable adjustment needed in this course, and makes them all look easy, so this will be a great way to practice.  I will conquer this pattern!  Perhaps even in an all lace version for Emerald Erin’s February Bra-a-week theme.  Erin’s makes are such an inspiration to me, showing what I will be able to create if I continue practicing.

*** Prices for Sew Sassy items are from a order I made in 2014, when CAD to USD exchange was much better than current rates. 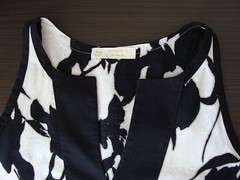 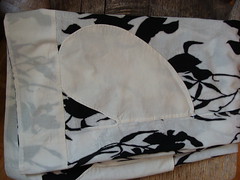 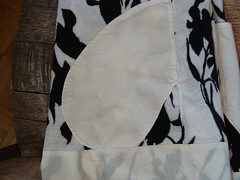